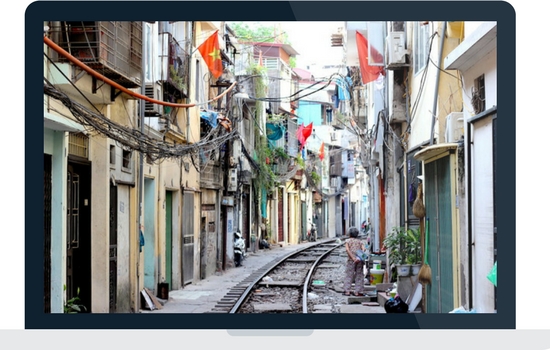 There’s a residential street in Hanoi, Vietnam that a speeding train passes straight through twice a day. The street is so narrow that all residents must ensure their bikes and precious personal belongings, as well as their roaming children, are all safely inside the house before the train passes.

There’s no way I could let myself go to Hanoi so many times without visiting this unique place so I walked there with a friend to check it our with my own eyes when in Vietnam a few weeks ago.

It’s one of the first places the train leaving Hanoi train station and heading South to Hue and Hoi An passes through, so if you’re on that train be sure to look out for it. Just don’t stick your head out the window if you want to arrive with your head still intact.

Hanoi Train street, as I like to call it, is located between Lê Duẩn and Khâm Thin street in Hanoi’s old quarter. You can find it on Google Maps here or simply look at the maps I have made below. The show where the tiny residential street is, and how to get there from either Vietnam Backpacker’s Hostel or from the train station.

If you’re planning to travel in Vietnam for a few weeks, I can’t emphasise enough how important it is to have decent travel insurance – especially if you plan to tour by bike or scooter. I always use World Nomads, as they’re known as the best insurer for backpackers and long term travellers. 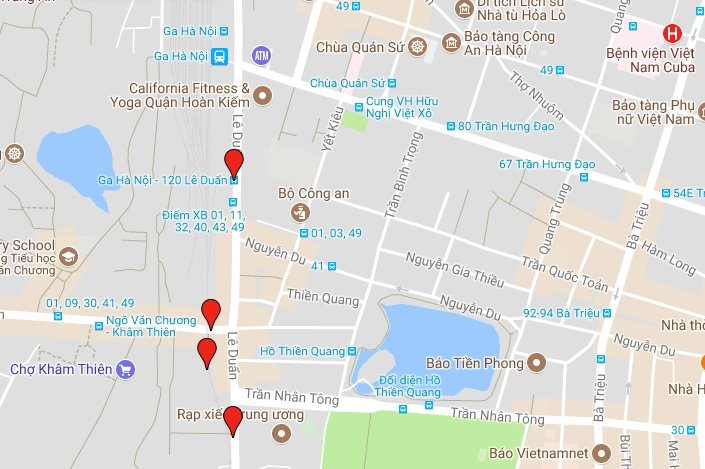 If you’re looking to visit, it’s really important that you get your timing right. I would love to say we nearly missed the train, but the reality is we almost got knocked over by the train. We thought it was due at 3.30pm so we were wandering around taking pictures.

In Hanoi’s Old Quarter there is a narrow street that actually has a train rushing through it twice a day. Residents have to move out of the way when the train is approaching. Could you imagine living here? #hanoi #vietnam #train #travelblogger

Suddenly we heard the train tooting its horn and coming flying in our direction…. we literally had to jump off the tracks and stand almost pinned against a wall. Even the locals were making crazy hand movements, telling us to get back further which was a little scary. The train literally passed by within a few inches of us, as you can see from the angle of the video I took below!!

I recommend you get there at around 3pm and have your camera ready to go if your intention is to get some cool photos and videos. The train will have passed by before you have blinked. The train also passed each evening at around 7.30pm I believe, in the opposite direction, but as it’s dark the photos and videos aren’t as clear. 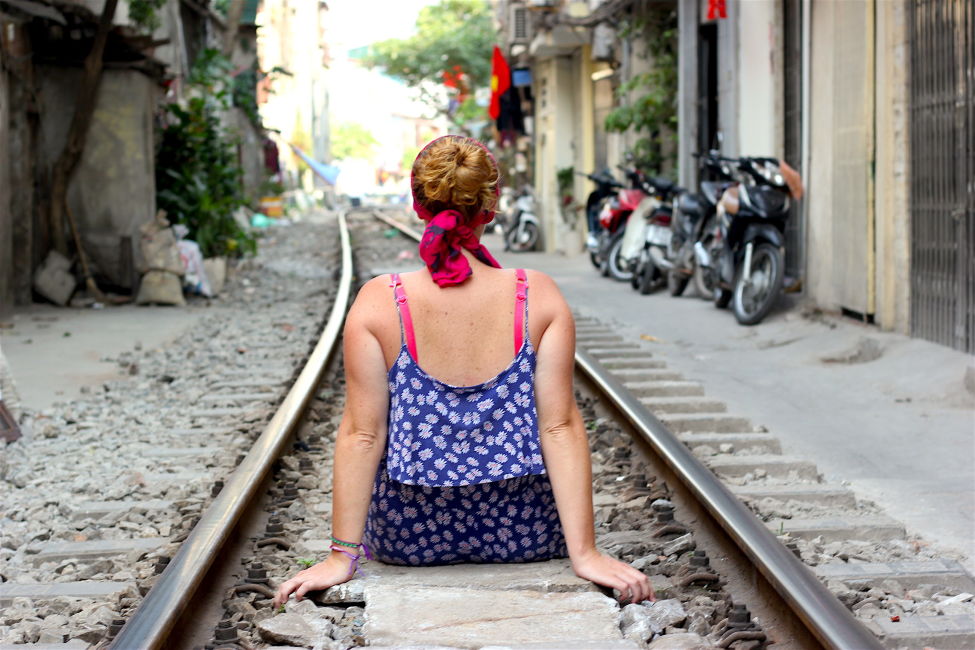 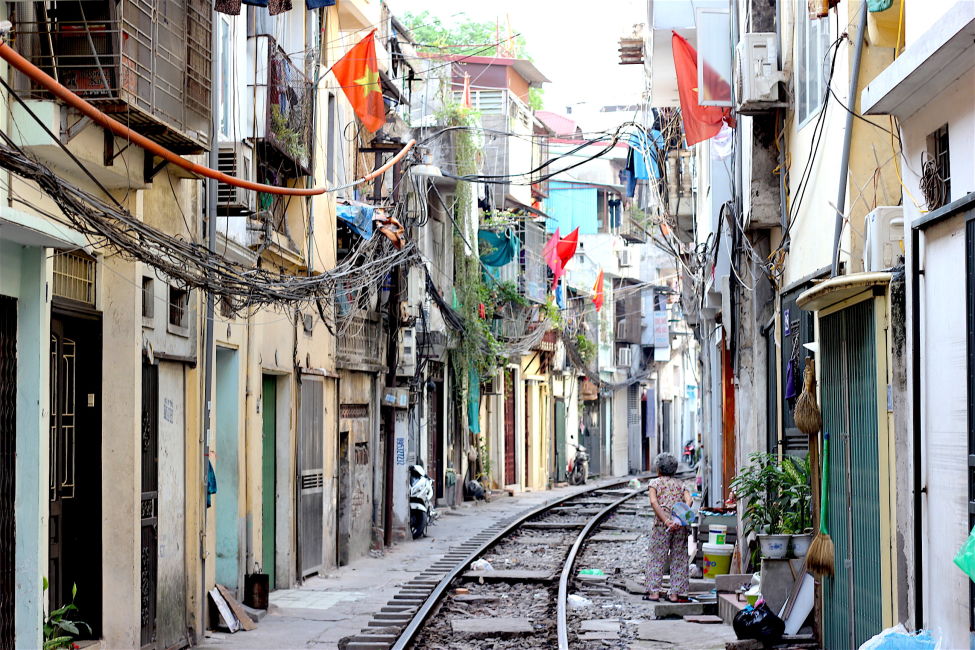 While the experience of being pinned up against a wall as a pretty massive train flies past you in the middle of Vietnam’s capital city was pretty thrilling, my favourite part about this street was seeing how locals live there before and after the train passes.

Watching them sit in the middle of the tracks with their neighbours, playing checkers and drinking tea. Watching kids running up and down, playing games while an older lady waters her plants in a flower box outside her home. Life goes on, despite their unusual predicament.

I also think the street is one of my favourite place to photograph in all of Vietnam. Claire and I had such fun posing on the tracks and just taking cool shots of the street, with railway track and houses almost blending into one. I also loved the way so many of the residents proudly display the Vietnam flag outside their homes, something you will see on many streets in Hanoi and around Vietnam. If you’re looking for more fun things to do in Hanoi check out the Travelling Weasels post about Why Hanoi is The Best City in South East Asia. 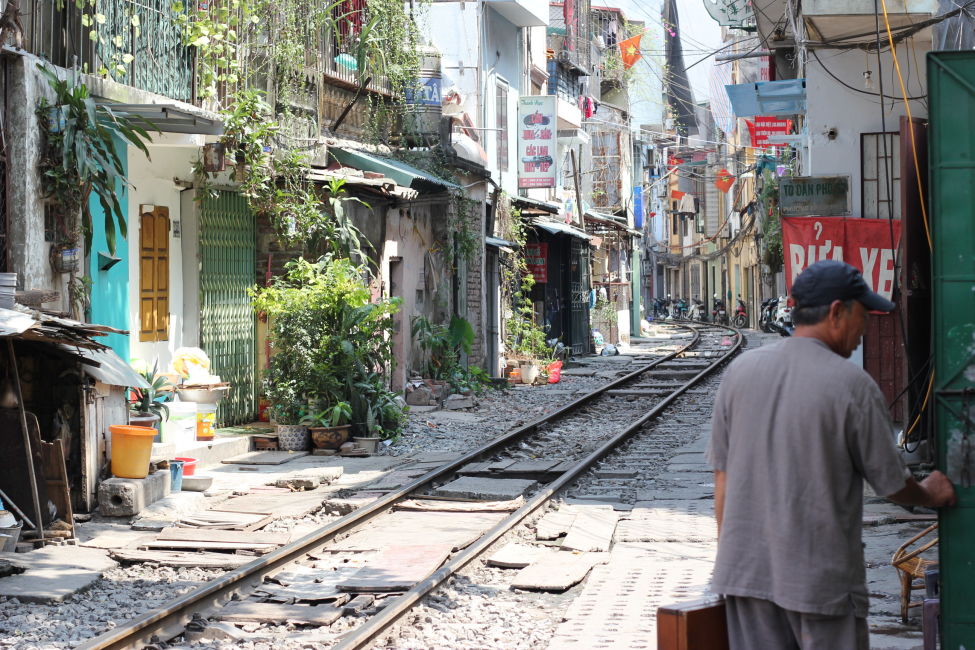 10 Solid Reasons You Should Never Stay In A Hostel

50 Unique Things To Do In Vietnam