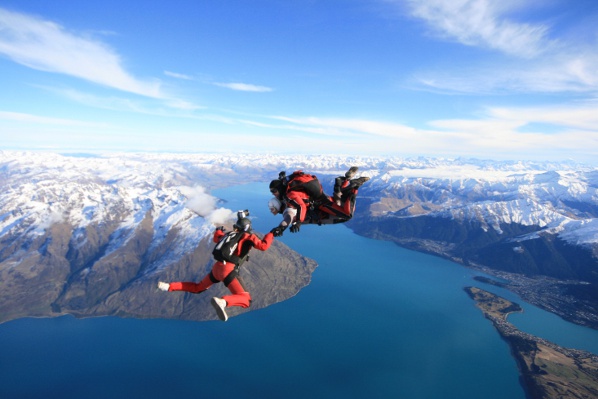 “Be brave. Even if you’re not, pretend to be. No one can tell the difference”.

These are the wise words I was given before jumping out of a plane from a dizzying height of 15,000 feet in New Zealand; a country that  is foremost known for being home to the set of The Lord of the Rings Trilogy, The All Blacks rugby team and lots, and lots of sheep.

In fact there are 10 sheep for every one person in New Zealand. That is one hell of a lot of sheep. But enough about sheep…what some people may not know is that New Zealand is also the adrenaline capital of the world. You name it, no matter how crazy the concept, they probably have it.

My 2 weeks of adrenaline  and adventure junkie heaven started on New Zealand’s South Island in the picturesque Queenstown, where I met up with my best friend Ali and my parents. Queenstown is like no other place I have been. As my plane from Melbourne landed you could see everyone admiring the stunning surroundings of  huge, snow-covered mountains and never ending glistening glacier lakes. It is such a popular destination, especially during the winter ski-season, yet some how has managed to hold on its quaint, small town charm. 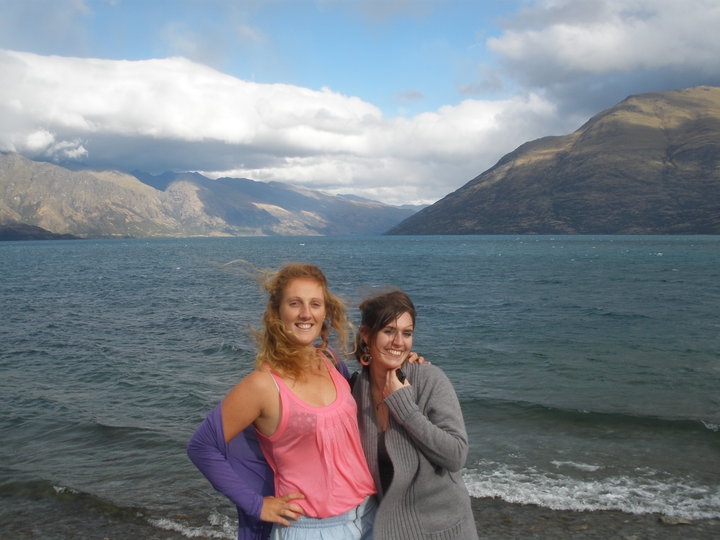 On our first day we set off to get our hearts pumping on the ‘Shotover Jet’, tagged as ‘The World’s most exciting jet boat ride’. And by god was it exciting. On many occasions I thought my heart was going to fly up and out of my mouth as the driver spun crazy 360′ turns at breath-taking speeds in the narrowest parts of the canyon with the sheer cliff face mere inches from my frightened face. Despite only lasting about 35 minutes, it was boat ride I will never forget.

Back into the Camper and off we set on our 10 day adventure with our next stop being Lake Wanaka, which I decided would be a good place to throw myself out of a plane. I saw this toilet graffiti while over there and felt it really explains my reasoning;

“If not here, where? If not now, when? If not me, who?” The only available jump was at 2pm so we set off to the near by National Park, where I, despite sub arctic conditions, decided to run off the jetty and dive into the lake. The glacier lake. The lake surrounded by snow-capped mountains. Cold would be one way of describing it. Icy would be another!

After drying off and feeling wide awake I was ready for my sky-dive. I suited up, was given a 5 minute safety breach and off we went. The 3 other jumpers casually ‘fell’ from the plane at 12,000 feet but as I had opted for the ultimate adrenaline rush from the altitude of 15,000 feet I had to hold on a bit longer. As the plane slowly climbed higher and higher, and my heart started beating faster and faster at the thought of soon having to jump out, I was given a oxegen mask to wear (as we were climbing to an altitude where it was becoming difficult to breathe). Far from calming me down or making me feel safer, this actually made me nearly poop my pants. Finally we had reached our destination and from the plane we flew.

As we tumbled from the sky, free-falling towards the ground at breaking speeds, and the ice-cold air brushed against my face I felt ecstatic. After about 45 seconds of free-falling the parachute shot up and we slowed right down, finally bursting through the cloud to take in the absolutely mesmerizing scenery of Mount Cook and Mount Aspiring National Park. As we gazed over to the glistening waters of Lake Wanaka, I told my tandem partner of my swim earlier that morning to which he replied, “Girl, are your crazy?!” Funny reaction I thought, as I’m not the one who jumps out of planes for a living!

It was an absolute once in a life time experience that I’m sure to never forget.

After all, it’s not everyday you strap yourself to a beautiful stranger and leap from a perfectly good aircraft! 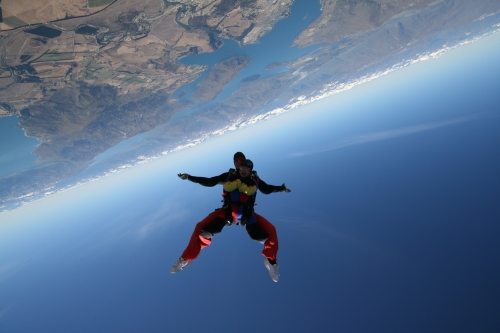 17 Unique Things To Do in Christchurch in 2020 – Museums, Wildlife and Food